In order to better understand this essential complementarity, stakes must be clearly defined, through a relevant local stakeholder consultation that pays particular attention to vulnerable segments of the population. Illustrative of this approach is the growing recognition of the status and rights of indigenous peoples on the international scene. The United Nations’ Declaration on the Rights of Indigenous Peoples (UNDRIP) in September 2007 marked a turning point in that regard. Here are a few lines of thought to consider in ensuring residents are paid all due consideration throughout the territorial implementation of development projects.

Several cases illustrate this imperative – that is, properly identifying and integrating all stakeholders and their particularities. The study of indigenous resistance to territorial anchoring projects particularly revealing. The links the following groups have developed with other national and international movements stands to inform investment models and stakeholder inclusion:

However, the economic and strategic stakes of such projects are enormous and cancellation seems unlikely, if not inconceivable. Balance must therefore be found between addressing local demands and harnessing the various issues at stake.

A stakeholder is a legal or natural person who may influence or be influenced by an organization’s decision-making and subsequent consequences. Stakeholder are endowed with a legal personality, which is to say they have rights and obligations and a claim to exercise both of their own accord. As such, a materiality matrix can be useful in identifying and prioritizing stakeholders based on their potential influence relative to project goals. This approach improves a company’s ability to integrate social considerations in a voluntary, systemic and coherent manner (Allouche, 2006, Baddache & Nicolai, 2011). Moreover, it is fully embedded in the implementation of a corporate responsibility strategy and may be complemented through certifications like Social Accountability 8000), or the ISO 26000 standard.

A project manager faced with multiple tasks must both invest substantial amounts of time in monitoring these tasks and ensuring all stakeholders identified upstream have access to the same level of information. This is a requirement from preliminary stages onwards, to properly calibrate the project. As it is essential to detect risk signals before they become critical, any asymmetry in project information would demand time-consuming corrective measures, creating delays with significant financial and operational consequences. In many countries (Madagascar, Cameroon, Canada, etc…), the legislator provides for public consultation at the time of pre-project studies. The goal is to inform all stakeholders on the ins and outs of any given project and gather input. Any uncertainty must addressed and claims reported as soon as possible.  Overriding stakeholder consultation has led to the generalization of incidents reminiscent of Mehuin, Chile.

International instruments and treaties are readily available that address human rights. Likewise, jurisprudence from Interpretative bodies, such as the United Nation’ Human Rights Committee, have reaffirmed international recognition of indigenous peoples in terms of their right to:

This recognition enshrines the consideration of local populations as a priority stakeholder for project development. It also extends to programs supported by international bodies. Indeed, during its 12th General Assembly in Kinshasa, the World Conservation Union (IUCN) adopted the first resolution to call for respecting the land rights of indigenous populations creating protected areas. It moreover calls on governments and institutions to recognize the value of indigenous peoples’ way of life and to explore the means to include their lands in protected areas in such a manner as to avoid loss of land rights and displacement.

Recognition of aboriginal people represent a major opportunity for projects and program holders. It however calls for the development of an optimal framework, to harness opportunities, be dovetailed into project management systems and infer key learnings.

In Cameroon, the forest is a likely niche market for wood and non-wood resource operators, miners and other invasive activities. Though, key stakeholders, local populations are sometimes sidelined in the redistribution of value. The government therefore opted for a mandatory dialogue platform for all project developers. Indigenous populations are involved by way of the Comité Paysans Forêts (CPF), a mechanism designed to ensure active cooperation with local populations, through the enlightened and symmetrical sharing of project information.

The Toliara project is expected to generate more than $900 million in direct taxes and royalties for the Malagasy government and contribute more than $200 million to the island’s GDP. Given these stakes, other stakeholders may be marginalized in decision-making processes. This sheds a new light on our proposed stakeholder classification and emphasizes the importance of addressing vulnerable segments of the population.

Since the Rio Earth Summit in 1992, indigenous peoples have played a significant role in various social forums, counter-summits and international meetings. Their unique relationship to the land, territories and nature have proved to be assets in building the future of a better global society. The consecration of this movement was further reinforced by the International Labor Organization, which fully enshrined indigenous rights through Convention 169 of 1989 – though many countries, including many OECD countries, have yet to ratify it. Following that, the Human Rights Council adopted the United Nations’ Declaration on the Rights of Indigenous Peoples (UNDRIP), endorsed by the General Assembly on 13 September 2007.

Beyond legal considerations, identifying vulnerable segments may also rely on demographic criteria. Indigenous peoples are present in 70 countries spanning 5 continents, each with their own identities and cultures. Despite being considered most vulnerable by the United Nations, these minorities are for the most part sidelined in decision-making processes, regardless of where they live.

The African Commission on Human and Peoples’ Rights (ACHPR) relates a project’s averse Human Rights impacts to dispossessing indigenous peoples’ of their traditional lands and territories, eviction, migration and possible settlement as well as the reduction of resources necessary for their physical and cultural survival, the destruction and pollution of their traditional environment, social and community disorganization, adverse health and nutrition consequences and, at times, harassment and violence.

The ACHPR consequently upholds Free, Independent and Prior Consent as an essential component in the protection of the rights of indigenous peoples in relations to major development projects. Based on this logic, it can only be recommend prior informed consent of local communities be sought ahead of major exploitation projects on indigenous territories. Likewise we stress the Importance of guaranteeing an equitable sharing of benefits derived from such activities. FPIC is notably as prerequisite of the RSPO Principles and Criteria for Responsible Production and International Procurement of Palm Oil since their adoption in 2005.

Stakeholders still suffer from diverging treatment, owing to contrasts in national, community or regional and international rules, even though the principle of public participation is increasingly mainstream. Given this context, specific mechanisms must be secured for vulnerable segments, to ensure industrial projects are optimally embedding in their territories. Satisfying cost criteria, deadlines and project goals is indeed largely contingent on such considerations.

Investors and industrialists are therefore advised to proactively move to better shape the design, deployment and project lifecycle locally. This approach is, moreover, enshrined in international law and in certain national and regional regulations.

Conversely, failure to comply can lead, as is the case in Chile, to endless lawsuits. Indeed, while the Mehuin project had been approved by the Chilean Environmental Assessment System in 2010, the Mapuche, with the support of fishing unions, have filed a lawsuit claiming lackluster consultation and communication. Though they lost, both in the first instance and before the country’s Supreme Court, the case presented to the Inter-American Commission on Human Rights in 2011. Legal processes are still underway, likely generating adverse effects for the project as time goes by.

In short, protecting indigenous peoples and their environment is paramount. Regardless of whether or not they have secured all relevant authorizations or even community consent, industries must respect local land and environment. Any pollution or degradation could indeed trigger a legitimate struggle for survival and lasting opposition to project roll-out. 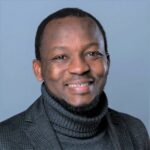 Eric Guetsa acts as ESG Analyst and participates in the structuring activities of impact investing funds developed by Ksapa. Eric has 12 years of experience in the banking and consulting sectors and has successively worked for Africa Technology Corporation, Bureau d'Etude Conseil et Formation (BECOF) and Afriland First Bank Cameroon where he developed financial and extra-financial expertise in risk analysis and ESG assessment in various industrial and agro-forestry sectors. He speaks French and English.