Ksapa recently organized a webinar on the ACPR’s climate stress-testing pilot. To share the results, feedback, and next steps, we welcomed the insights of Erwann Devillers, Project Manager on Environmental & Social Risks at Société Générale Risk Department, George Overton and Lucas Vernet, Risk Analysis Economists at ACPR and Clément Bourgey, Deputy Director of the Climate Change Center at Banque de France and in charge of the NGFS Secretariat.

Key Challenges of the Energy and Climate Transition

Climate challenges are such that our current economic models must necessarily evolve. The energy transition imperative and the risks brought by climate change lead financial actors to evolve in at least 3 ways:

Each asset is indeed subject to a double risk:

With a view to improve how companies and financial players apprehended their socio-environmental issues, France has heavily legislated for several years. The NRE law of 2001 indeed enforced socio-environmental reporting on listed companies. Meanwhile, the Grenelle II law of 2010 saw to the integration of ESG criteria in the financial management of management companies. More recently, Article 173 of the Energy Transition and Green Growth law introduced an obligation for institutional investors to provide information. This not only covered ESG criteria, but climate risk management as well.

These regulatory iniatives pushed institutional actors to take climate risks into account in their financial management. They also compelled them to explicit efforts to curb their investments in high-risk climate activities, while favoring green business sectors. The goal of Article 173 was indeed to promote the financing of the energy transition.

Unfortunately, methodologies and reporting practices remain extremely diverse. Though potent, regulatory efforts retain a fairly limited influence. As of 2020, there were in fact only 25 institutional investors among the Principles for Responsible Investment (PRI) signatories.

Indeed, the trajectory of the energy transition is determined by the political response, which can be deemed either “soft” or “hard”. This translates into a carbon pricing that more or less impacts companies. Even though the price of a ton of carbon does not currently exceed €30, 2 of the 3 scenarios presented by the ACPR assume they will reach more than $700 per ton by 2050 (see Figure 1)! In that sense, companies that fail to prepare for this brutal shock generate major transition risk exposure for supporting financial institutions.

Similarly, physical risks can have significant economic consequences. In 2019, economic losses related to extreme weather events amounted to 1% of the Euro Zone’s entire GDP. European financial actors are particularly exposed to climate physical risks. Overall (all weather risks combined), 80% of loans went to companies that were exposed to physical risks, at least to some extent,.

In this context, the ACPR piloted a climate stress-test to incentivize financial institutions to better appreciate climate risks and their consequences on their own balance sheets.

For the ACPR, the climate stress-testing exercise followed a triple objective:

As described in our briefing paper on this pilot climate stress test exercise, its novelty lies in the following methodological assumptions:

The diagrams below present the ACPR’s 3 proposed scenarios – covering orderly, rapid and accelerated transitions respectively. In fact, of the 4 classes of scenarios proposed by the NGFS (see Figure 2), the ACPR only conducted simulations for 3 options (see Figure 3).

The organization of climate stress-testing was initiated by De Nederlandsche Bank in 2018. It was then taken up by the Bank of France. The Bank of England followed, with the implementation of a Biennial Exploratory Scenario from 2021 onwards. Although it initially refused to join the NGFS (only to join forces in 2020), the US Fed is likewise developing a climate stress-testing strategy.

The importance of testing assets’ exposure to climate risks has been recognized as early as 2016. Several institutions, such as the European Systemic Risk Board or the Network of central banks for the greening of the financial system, recommended European authorities (EBA, EIOPA, ESMA) all integrate a disruptive energy transition scenario in their climate stress-testing.

In addition, the NGFS is a key player in the production of recommendations for the integration of climate risks in the monetary and financial management of our economies. The network, originally composed of 8 members including the ACPR and the Banque de France, now has 91 members. An exceptional growth! Clément Bourgey in fact emphasized the NGFS is a driving force in the research and formulation of recommendations. It regularly published not only on climate stress-testing and the integration of climate risks, but also on responsible investment, monetary policy and financial reporting.

Case in point: in 2019, the NGFS published A Call to Action, in which it ventured 6 recommendations to facilitate the financial sector’s contribution to achieving the Paris Agreements. It chiefly promoted integrating climate-related risks into financial stability monitoring and micro-prudential supervision. It similarly issued a Guide for Supervisors, in addition to the NGFS Climate Scenarios, notably used by the ACPR and last updated in June 2021.

Analyzing the Results of the ACPR Climate Stress-Testing Pilot

Lucas Vernet (banking expert) and George Overton (insurance expert) presented the results of the APCR’s recent climate stress-testing pilot. Overall, the ACPR considers the exercise a success. Indeed, banks and insurance groups were keen to get onboard: 9 banking groups (i.e., 85% of the assets) participated, along with 37 insurance groups and organizations. Interestingly, the pilot was handled by Risk teams rather than the Corporate Responsibility Direction, demonstrating a relative shift in group’s climate awareness.

Climate Stress-Testing Perspectives from the Banking and Insurance Sectors

On the banks’ side, George Overton confirmed a “moderate” exposure to the transition risk overall, leading the ACPR to project a sectoral adaptation by 2050. Although banks are mobilizing, the cost of risk is increasing significantly (see Figure 4). This tends to reflect the extent to which climate risks are generally underestimated.

George Overton went on to point out the dynamic balance sheet assumption only had a limited impact on the cost of risk. The dynamic reallocation in fact only marginally modifies the aggregate corporate cost of risk. The decrease averages -0.2bps, in comparison to a constant balance sheet analysis. Finally, methodological differences from one institution to another explain certain contrasts in risk estimations. They include the categorization of companies by sector or the heterogeneity between certain companies in any given sector.

On the insurance side, portfolio structure proved stable over time (see Figure 5). Moreover, the climate scenarios did not lead to geographic reallocations among insurers, who also maintained their strategies on the liabilities side, all along the exercise until 2050.

Lucas Vernet emphasizes how the originality of the exercise led insurers to develop new methodological tools themselves. This notably allowed them to adopt long-term time vision – which was after all among the ACPR pilot’s desired outcomes.

Generally satisfied with the pilot, the ACPR plans to renew the exercise on a regular basis. The next is in fact scheduled for 2023-2024. In the meantime, the ACPR and the Banque de France are actively contributing to the preparation of a likeminded exercise, to be conducted by the ECB in 2022.

That said, the operational implementation of the ACPR exercise was not without difficulties. Erwann Devillers indeed underlined the innovative nature of the exercise. The long-term horizon (25 years instead of the usual 5) forced the Société Générale’s risk management teams to be equally creative. They actually undertook R&D steps to develop and test risk management models adapted to these new assumptions. This logically requires time and resources. In the meantime, the pilot highlighted inconsistencies, notably between the Société Générale roadmap and GDP projections embedded in ACPR scenarios.

Erwann Devillers drew a parallel with the EBA’s climate stress-testing. That pilot presented more difficulties, notably in relations to the lack of available data, necessary resources, or the difficulty of applying the Green Taxonomy (as its definitions have yet to be fully stabilized). This pilot indeed took place before the publication of the Delegated Acts overseeing the practical implementation of the Taxonomy. As such, embedding these considerations in climate stress-testing proved particularly difficult for the bank. Among key culprits, Devilliers cited the vagueness of the guidelines with regards to interpreting eligibility criteria, notably in relations the “Do No Significant Harm” (DNSH) criteria linked to the Taxonomy’s 6 core environmental dimensions.

Methodological Considerations Based on the ACPR Pilot

First, the proposed scenarios put the limelight on transition risks. This could potentially lead practiotioners to understate the importance of physical risks, given all ACPR scenarios are based primarily on NGFS transition risk scenarios. With that in mind, George Overton specified the ACPR will seek to translate the climatic data from the MétéoFrance models as faithfully as possible into financial data, in the coming years. There are however no plans to develop specific scenarios at this stage – either for physical or transition risks.

Additionally, consolidating risks by sector does not allow for a distinction of the “best in class” within any given sector. It is therefore difficult for financial players to incentivize laggards to adapt and contribute to the energy transition. In this sense, a line-by-line approach would allow for a better assessment of the “value at risk”. As such, this approach will be used by the ACPR in the next few years. That said, it will proceed in a targeted manner, focusing on particularly heterogeneous industries, such as the energy or automotive sectors.

Finally, this approach will have to be extended to other essential issues, inclusive of biodiversity risks and social inequalities. This to acheive a hollistic understandanding of the action and impact of financial players across all ESG dimensions. With that in mind, the NGFS launched additional working groups, in line with its initial roadmap.

Climate stress-testing is an essential tool to apprehend the proper integration of climate change risks into our governance models. That way, we may correspondingly adapt our economic and financial models and acheive better resilience in the long run.

While certain countries – including France – are leading this field, there remains several key obstacles to the development of these methodologies. They typically involve as the supply of quality data of sufficient granularity. With that in mind, these methodologies will need to be finetuned to cover other sentive issues. Starting with biodiversity or social risks. The goal? Addressing the many hallenges of the coming decade, no less. 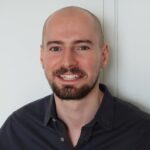 He has previous experiences in various industries, within public, private, and non-profit organizations. Before joining, he was involved in microfinance and social entrepreneurship initiatives in Cambodia and the Philippines, after working for Danone and RATP.

He holds a Master’s in Finance from Paris-Dauphine University, as well as a Master in Management from ESSEC Business School.

He speaks French, English, and Spanish.