As part of the European Green Deal, an agreement was finally announced in December 2022 between the European Council and the EU Parliament on an anti-deforestation directive, aimed at eliminating the import or processing of products produced from deforestation. This agreement was highly anticipated, following the submission of a draft regulation by the Commission in October 2021 and the Parliament’s proposal for a revised, more ambitious version in September 2022.

Although the final version of the regulation has not yet been published, and is expected to come into force in 2023, with effective application expected 18 months (for large companies) to 24 months (for SMEs) later, it is already time to get into gear, given the very significant impact on imports of the raw materials concerned: palm oil, beef, soy, coffee, cocoa, wood and rubber, as well as their derivatives. This list will be reviewed and, if necessary, extended periodically by the Commission.

Financial institutions are finally excluded from the scope of this list – but in reality, they remain indirectly subject to it, as they generally avoid financing non-compliant activities, and even less so if the financing is based on guarantees taken out on products at risk of being turned back or seized at the borders. On the other hand, many industrial companies and commodity traders will be faced with major changes in their sourcing patterns.

The main problems lie in the implementation and social equity of such measures:

Therefore, in light of the progress that will be made with the emergence of anti-deforestation regulations, it appears key to the equitable implementation of these regulations to design and implement mechanisms that allow for the inclusion of small-scale farmers and the change of practices to their benefit.

To bring such populations on board on a large scale, programs must be designed to provide multiple benefits beyond strict compliance. The requirement to ensure transparency at all levels of supply chains is also an opportunity to integrate them into a more ambitious approach.

How does SUTTI, Ksapa’s solution, respond to the new import constraints in the EU?

Ksapa, a mission-driven company, has developed the SUTTI initiative, whose objective is to include small producers in the value chains of large industrial groups through training and the adoption of practices that generate social, economic and environmental impacts throughout the production chain.

In this respect, Ksapa has developed for 3 years and implemented in the field, within its SUTTI initiative, its own low tech application suite, coupling content dissemination and data collection, in order to have a significant geographical impact responding to current issues. This application, in addition to training vulnerable small farmers (in-person training supplemented by an adapted e-learning application), collects a whole series of data necessary for the proper accompaniment of the farmers, making it possible to assess first the adoption of practices, then the impacts that these trainings cause on the life of the farmers (income, diversification, resilience, working conditions…), and to follow their sales transactions.

Thus, SUTTI makes it possible to

It is therefore the issue of traceability that is covered with the primary intention of training farmers.

In addition, at each stage of the implementation of the project from its design to its operational monitoring, data will be collected in compliance with the EU RGPD policy:

However, it is easy to collect data without verifying their “reality on the ground”, which is why the SUTTI initiative involves all project stakeholders from the outset of the project in order to establish an unbiased inventory of the sector, facilitating the selection of common objectives. This equal level of information and understanding allows for the establishment of trust between the partners of the project coalition. The latter, which is essential between producers and buyers, improves the quality of information collection, which then reflects “a little better” the reality on the ground, since its sole purpose is to report on impacts that are known and shared by all. However, the quality and regularity of data collection will be key for the proper respect of regulations, in the analysis and assessment of risks as well as in the conformity of the monitoring of transactions within the parcels concerned. These parcels are be subject to a recording of GPS coordinates forming polygons in order to cross-reference with the risks of deforestation.

Moreover, at the time of the transaction, the data is double-checked thanks to the joint validation of the buyer and seller. Indeed, even if the technical training is complemented by administrative and financial training (how to calculate a yield, a profit or a quantity of fertilizer), these verifications appear to be necessary because of the different levels of understanding of a single question.

Although this collection system appears to be an additional burden for farmers, it is part of a long-term approach that will allow them to better understand and monitor their daily work, to share their doubts with experts and, ultimately, to increase revenues, access to markets and make savings. It will in particular allow access to markets that have closed their access to raw materials related to deforestation.

The benefits for farmers therefore far outweigh the time spent providing this data. In an impact study conducted in September 2022 on one of our SUTTI programs in Indonesia, for example, more than 90% of the farmers surveyed claimed to have seen an increase in the yield (on average 12%) thanks to the adoption of the new farming practices2 recommended (natural rubber sector in Indonesia, study of 244 farmers in the Jambi region) a few months after the start of this multi-year program, with multiple positive externalities such as more gender or youth inclusion and lesser accidents at work enabling a program-related satisfaction rate of more than 82% within farmers.

For a competitive cost per farmer, manufacturers and importers have a turnkey solution that facilitates the comparison of reliable field data with satellite imagery, thus complying with new EU requirements, while generating a significant positive impact on the lives of major food and agricultural producers. 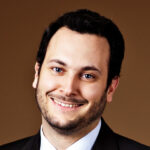 20+ years of experience in investment & asset management.
Raphael Hara works on relationships between finance and sustainability, in particular through the development and management of impact investment funds and projects. 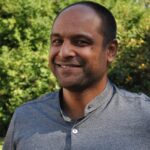 Hatim Issoufaly has for the past 15 years been passionated about strengthening the capacity of local development actors to achieve impact at large scale. Structuring resilient supply chains through innovative agronomic models and social structuration, enabled him to increase the net revenue of farmers while improving the quality and traceability of high risk commodities.
Hatim speaks French, English, Spanish, Bahasa Indonesia and Hindi. He holds a Master Degree in Comparative agricultural system (Agro Paristech) and a Tropical Agriculture Master degree from Montpellier School of Agronomy.