Many heart-wrenching stories have bombarded media about total lockdown in India to fight Covid-19. What business can do in context of suspension of labour laws to respect human rights across operations and supply chains in India?

Over the last two months, we must have seen myriad visuals and images of thousands of people stranded in various bus and train junctions hoping to go back to their native communities, or a woman carrying one child in her right arm and holding the hand of her other child in her left arm while also tugging a ripped luggage, or a toddler playing alongside the dead body of his mother thinking she is asleep but who apparently died of starvation and hunger, or thousands of people walking 600-1200 kilometers on deserted highway roads, or old parents carrying their physically challenged older children on their shoulder so they can travel back to their villages are not just heartbreaking and disturbing but also shows the inadequacy of state machineries and bureaucracy which fails to handle a crisis situation, especially when they are required the most. These, and among many such heart-wrenching stories has bombarded the Indian media, post the nation’s announcement of a total lockdown on 24 March 2020 owing to its fight against Covid-19.

90% of Migrant Workers Losing Jobs Without Any Cash Assistance

According to Census 2011, India Migration Now survey, 22 districts in the country account for a third of all migrant workers which includes areas of NCT of Delhi, Maharashtra, Uttar Pradesh, Gujarat, Haryana, Tamil Nadu, West Bengal and Orissa. According to various studies conducted by organizations like Stranded Workers Action Network (SWAN) state that 90 percent of the migrant workers did not receive cash assistance from the government, while in some States, 84%-94% of workers were not paid their wages for the months of March and April. There are many more such stories of migrant workers dying of road or train accidents, heart disease, heat stroke, starvation and dehydration on a regular basis.

40-45 Million Informal Invisible Workers With No Means of Income

The past two months have seen one of the largest wave of internal migration and that is why is it important that we talk about these informal invisible workers, who for so long, have sustained our Indian economy on meagre wages, with no access to unions or rights’ education or an informed workplace. It is important also because we are here talking about 40-45 million people who are today on the streets with no means of income. They cannot afford monthly room rents, food or any other amenities since the factory and manufacturing sites are closed, orders cancelled, and no wages paid of past months. They have no choice but to go back to their villages where they originally migrated from. According to Ministry of Home Affairs, only 75 hundred thousand have been able to return back to their homes since trains, buses and airplanes have been suspended until 17th May.

Living conditions of workers in dormitories, especially located in southern part of India (like Tamil Nadu and Karnataka) are even worse as they are stuck at their workplaces owing to the lockdown situation. Most of these dormitories are shared by 4-6 workers in one small room and common floor bathrooms. Prior to the lockdown phase, the workers, who work in shifts, would use the rooms in rotation. However, the situation has now changed because all of them are cramped in the same room posing challenges for implement social distancing norm, giving rise to issues of hygiene and sometimes reports of harassment and violence. But due to restricted movements and infrastructure outside the dormitories, they are unable to go back home or approach local authorities.

Many experts believed that with partial relaxation post 17th May, situation may seem better. However, with companies declaring bankruptcies and some starting with restricted workforce, the situation only seems to get worse, with added social problems of starvation, and growing poverty. The lack of infrastructure to cater to general health needs of people is posing more problems since hospitals and health professionals are now catering to the needs of patients affected with coronavirus. And not to mention that the plight of the health professionals is any better as most doctors and nurses are succumbing to the pandemic themselves owing to less protective equipment, coupled with stress related to no leave sanctions, higher number of working hours and sometimes non-payment of salaries.

To make matters worse, some of the Indian States have decided to suspend most of labour laws in the garb of saving the dying economy. These States include Uttar Pradesh, Punjab, Rajasthan, Karnataka, Tamil Nadu while others may follow. The suspended laws include minimum wage act, maternity benefit act, partial suspension of payment of wages act and industrial disputes act among others. The argument stated by the local government that the application of these laws may discourage the establishment of new industries or revival of old industries during the crisis.

The suspension shall be applicable for three years, which according to the government, will provide enough impetus, flexibility to develop and help re-skilling workers. While a section of experts believe that this suspension will give more leverage to employers and increase more hire-and-fire situation thus instilling a sense of job instability, discrimination, wage gap and non payment of wages or welfare measures like social security payments. From gender perspective, this will decrease female job participation and push them to informal work nature, majority of whom already have been such. The details of suspended laws can also be found here.

4 Things Businesses and Industry Can Do About This in India

If the government succeeds in implementing the suspension of labour laws, then it would demean the efforts of so many decades of national and international labour rights organizations. It would also mean that workplace assessments and monitoring would no longer have any role or purpose. Therefore, it is very important to note that the industry and businesses have a very crucial role to play in times to come, and why, because they have the money, the power to influence and make the desired changes happen.

Of course businesses cannot do this alone and therefore these words – transparency, dialogue, collaboration, accountability – will not just remain mere jargons used in most presentations in almost every business conference – but a reality. We all are in a global war – together- and thus have to win it – together. 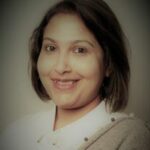